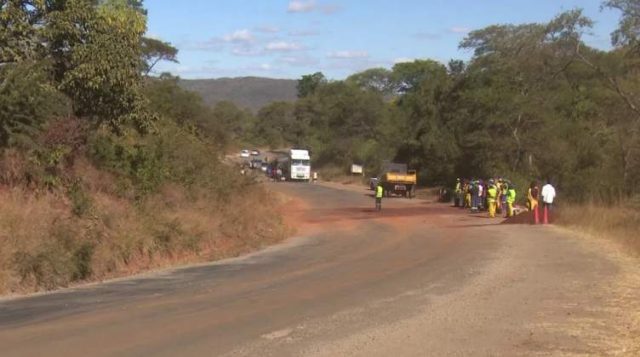 Authorities in Shurugwi say work to rehabilitate a section of the famous Boterekwa pass which recently caved in at the foot of the escarpment and formed a huge crater owing to tunnels dug underneath by illegal gold miners is now complete.

The collapse had restricted the flow of traffic to a single lane on the busy highway as motorists tries to avoid a possible catastrophe.

According to sources, the collapse came after illegal gold panners in the area dug a 15m-deep and 7m-wide cross-cut tunnel under the road.