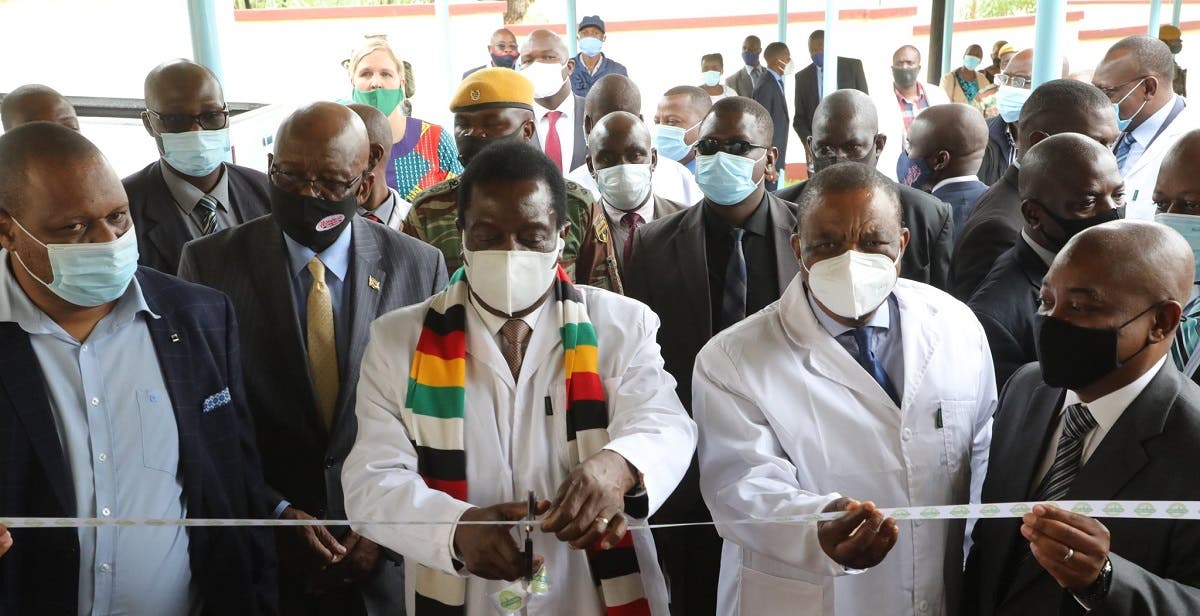 President Emmerson Mnangagwa has commended Mimosa for its Corporate Social Responsibility programmes in Zvishavane and the nation at large.

Speaking at the commissioning of the two projects, President Mnangagwa said the refurbished and fully equipped private ward, will undoubtedly provide quality specialist health care services in the district.

“Since I come from very near here, I’m very happy that the ward can be very useful to me. I congratulate and commend you for bringing this critical infrastructure development closer to the people. Furthermore, I applaud Mimosa for responding to the Government’s call in the fight against Covid-19 pandemic.

“The company is praised for facilitating the establishment of isolation and treatment centres at Gweru and Masvingo provincial hospitals as well as at the Robert Gabriel Mugabe International Airport.

“I am so impressed, Mimosa provides hamper packages for frontline health workers, against covid-19 and l say congratulations.

“These completed projects by Mimosa are an answer to the call by my Government for the private sector to be actively involved in the actualisation of vision 2030 and the realisation of development which leaves no one behind,” said President Mnangagwa.

Speaking during the same event, Vice President Constantino Chiwenga who is also the Minister of Health and Child Care said the interventions by Mimosa is in line with the country’s vision of an upper middle economy by 2030.

“This development is in line with the vision 2030 as enunciated by His Excellency, the President of the Republic of Zimbabwe and Commander in Chief of the Zimbabwe Defence Forces Dr Emmerson Dambudzo Mnangagwa. Special mention is extended to Mimosa Mining Company for their unwavering commitment to the corporate social responsibility in surrounding communities and beyond.

“May I point out that over the years, Mimosa Mining Company has been assisting patients, staff and health care staff with donations particularly in the Zvishavane community and Midlands province in general,” he said.