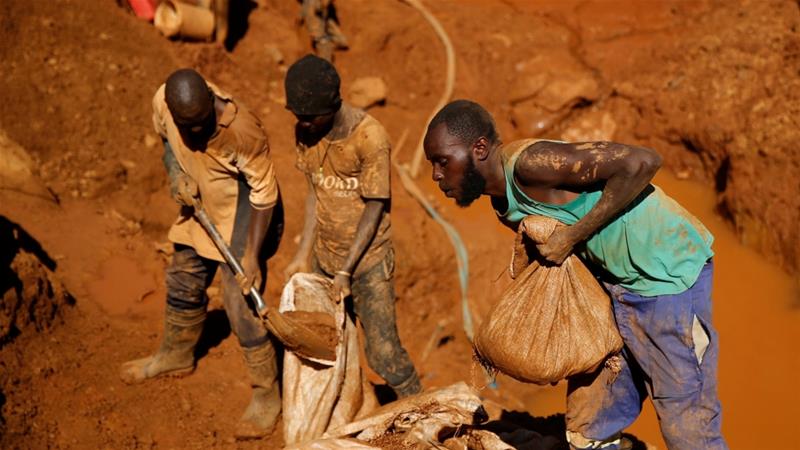 THE Zimbabwe Mining and Smelting Company (Zimasco) says it has instituted measures to protect its workforce from the novel Coronavirus ahead of the re-opening of its chrome smelting plant in Kwekwe.

The company, which has 450 full-time employees and 500 contract workers, halted production in April after Covid-19 affected its markets in Europe, Asia and China. Zimasco Kwekwe general manager, Namatai Mapfumo, and group health and quality assurance manager, Bright Chitiki, told the media during a tour of the plant that they were not leaving any loopholes in implementing Covid-19 guidelines and regulations outlined by the Government and the World Health Organization (WHO).

Four Zimasco workers tested positive to Covid-19 during tests conducted ahead of re-opening. The company has drafted a Covid-19 safety and health policy document as well as set up a Covid-19 response team. Source: Chronicle

The Zimbabwe Consolidated Diamond Company (ZCDC) is currently battling to remain operations amid workers’ unrest over unpaid salaries dating back to April, the company workers have told 263Chat.

Well-placed sources at the government-owned diamond entity say the situation is dire and has been compounded by the recent failure of the company to provide food for its workers.
Operations have been reportedly halted as the company is failing to procure fuel for the plant machinery due to financial challenges worsened by the Covid-19 pandemic.

“The company is failing to buy fuel, you know we have dumpers, excavators among other machinery which need fuel to operate.
“At Portal A at plant B, almost 300 workers used to come to work, only five people or some just above five are now coming to work at the plant every day just to do safety talk,” said a worker on condition of anonymity. Source: 263 chat

Chitando Dragged to Court in Row Over Gold Mining Claims

Zimbabwe’s gold deliveries in September fell by 73% to close at 1.36 tonnes from 2.8 tonnes in the comparative period in prior year.

The decline is attributed to a number of variables chief among them smuggling and the coronavirus pandemic which affected production.

NEAL Froneman put meat on the bones of Sibanye-Stillwater’s plans to enter the battery metals industry, saying a transaction would expose it to the downstream market, but would not involve a major transaction that typifies its growth so far.

“The transition into a platinum group metals (PGMs) producer was designed to be a full, quick step process, and material in terms of the size of the PGM business we wanted to create,” he said, referring to the firm’s R4.5bn takeover of Lonmin last year or the earlier acquisition of assets from Anglo American Platinum (Amplats).

The company is now the world’s largest platinum group metal producer. Including its gold mines, it employs about 80,000 people and is the second largest employer in South Africa after the country’s government.miningmx.com
.