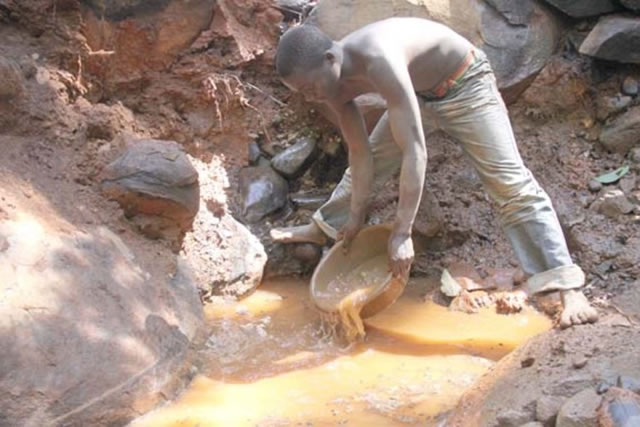 In a statement, Mimosa said Mr Mushonhiwa died on the 23rd of September at Mater Dei Hospital in Bulawayo.

“It is with great sadness that we advise of the untimely passing of our General Manager Mr. Alex Dzimbanhete Mushonhiwa on the 23rd of September 2020, after a short illness. Mr Mushonhiwa was a valued member of the Mimosa team, having initially joined in September 2001 as Mining Manager, serving in that post until 2004.

Either you go down the pit, risking life from the hanging rock boulders or you go home for good! This is the General Manager’s instruction to the employees.

Anyone who dares to say “the working conditions are unsafe” is immediately fired. Its really sad that people are dying both company employees and the locals surrounding Murowa Diamonds in Zvishavane while top management seems not to care about this “genocide”.

On several occasions we have pointed it out that the operations at Murowa Diamonds pause a great danger to human life as their mining activities do not meet world standards governing the mining industry.

Recently, a dump truck operator lady was crushed to pieces by falling rocks while hauling ore from this mine of death. Employees are forced to work underneath hanging rock boulders.

The accident that claimed the dump truck lady operator must have been investigated by independent qualified mine inspectors. Its shocking that those who carried out the “ investigations ” pronounced that the working conditions are safe. Source: Zimeye

Mr Mabhudhu returns to the role he left in 2016 under unclear circumstances, hardly a few months into the top diamond sector job in the country.

In an internal memorandum dated September 21, a copy of which The Herald Finance and Business has obtained, ZCDC board chairman Mr Wellington Pasipamire, said the appointment is with immediate effect.

Mr Mabhudhu’s appointment means he is the first substantive CEO at the state-owned diamond miner since the departure of Dr Morris Mpofu in May last year amid corruption allegations. Source: The Herald

The Morrison Government’s Energy Technology Roadmap offers a practical focus on mobilising an array of technologies which can sustainably support a net zero emissions future.

Australia’s resources sector is at the forefront of developing and deploying low emissions technologies which are central to Australian and global efforts to address climate change. Technology is also a key focus of the Minerals Council of Australia Climate Action Plan released earlier in 2020.

Critically, the industry will develop the minerals required for a low emissions future including aluminium, copper, nickel, zinc, iron, uranium, base metals, lithium, minerals sands, rare earths and others.

Australian resources companies are already developing and trialling a number of the technologies identified in the roadmap’s priority list. Source: Global Mining Review

Like its sister metals palladium and platinum, rhodium’s main application is to clean vehicle emissions, and surging demand amid tighter pollution regulation, particularly in Europe and China, and supply shortfalls from top producer South Africa could see the metal rally further.

South African PGM producers extract a mix of metals comprising roughly 60% platinum, 30% palladium and 10% rhodium and supply from the African nation would likely be a fifth below 2019’s total.