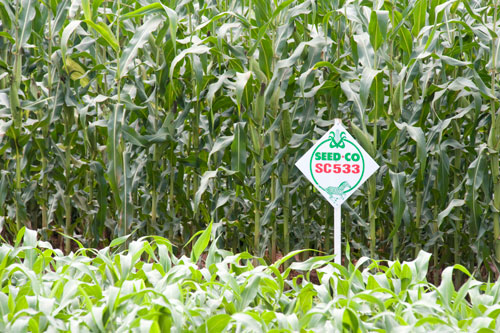 Regional seed manufacturer, Seed Co is set to commission a US$12.5m Artificial Seed Drying Facility at Stapleford in Zimbabwe before the end of the year to mitigate the effects of Covid-19.

According to the company secretary Terrence Chimanya, the government’s commitment to reduce imports by supporting local production of the crop contributed to the positive sales performance for the first quarter ended 30 June 2020.

“In light of the prevailing economic challenges in Zimbabwe which are exacerbated by the Covid-19 pandemic that is also ravaging the group’s other regional markets, the outlook is difficult to predict.

“To mitigate against the effects of the pandemic, the group developed and activated a Business Continuity Plan that is aligned to the essential services nature of the group’s business.

“In addition, the group’s strategic position at the base of the food value chain, and the concerted effort by the Zimbabwean government, regional governments and other key stakeholders to ensure food security is expected to help the group’s performance remain resilient in the circumstances,” he said.

Wheat seed sales volumes were 56.5% higher than prior year on the back of improved irrigation capacity which benefited from rising water levels and better electricity supply.

On the other hand, barley seed sales volumes decreased by 20.3% compared to the previous year as the major customer cut back its seed uptake for malt production in response to reduced beer consumption arising from constrained customers’ disposable income and the Covid-19 lockdown.

According to Chimanya, the turnover increase in inflation-adjusted terms was a relatively modest 80% compared to prior year where operating profit rose by 577% in historical cost terms and by only 28% after factoring in IAS 29 adjustments as the revenue growth was partially offset by the hyperinflation-driven operating costs.

“The share of loss from the foreign associate widened as its US$ denominated loss was translated at a weaker exchange rate.

“The average index used for the restatement of the historical cost income statement for the quarter was 1,165.4 versus 172.6 for the corresponding period last year. These translated to average conversion factors of 0.72 and 4.70 respectively,” he said.

The country was under various forms of Covid-19 lockdown as the government reviewed its movement restriction measures fortnightly during the quarter under review.

Considering the depressed state of the health delivery system in the country, authorities exercised deliberate caution in easing the lockdown conditions.
The resulting reduced economic activity locally was compounded by the negative impact on commodity exports due to declining global demand.

However Chimanya said the impact on the Group’s activities was negligible since seed supply was designated as an essential service.