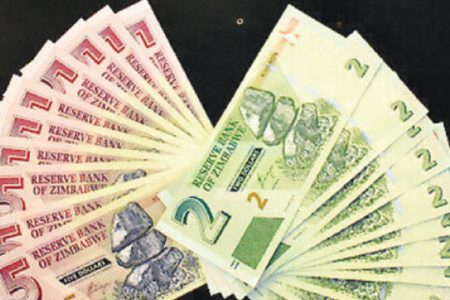 The Confederation of Zimbabwe Retailers (CZR) has urged retailers around the country to accept bond notes and coins saying it is against the law to wantonly reject a national currency that is legal tender.

This comes after retailers and suppliers have started rejecting coins, $2 and $5 bond notes as the local currency continues to lose on the country’s active black market, demanding, instead, to be paid in the much more stable United States (US) dollar.

According to the CZR President Denford Mutashu, the rejection of the local currency goes against nation building efforts that the retail sector has always pledged to support.

“The Confederation of Zimbabwe Retailers (CZR) has noted with serious concern the sudden rejection of bond coins and notes in the denomination of ZWL$2.00 and ZWL$5.00 notes by selected traders, retailers and wholesalers in the market.

“As an association we would like to advise the retail sector that it is against the law to wantonly reject a national currency that is legal tender.
“CZR calls upon law enforcement agencies to help instill disciple on the matter as the public has been left exposed. The public and business is discouraged from stifling cash circulation by hoarding large amounts of money for speculative tendencies.

“Cash, like blood has to circulate for the economy to work,” he said.
He added “It has also come to our attention that most of those rejecting the coins and notes have been actively fueling the forex parallel market, contributing to the destruction of confidence in the local currency.
“Shops in rural areas, small towns have since joined the unscrupulous trend, instructing their employees to reject payment in local currency .

“The conditional selling of goods in USD, Rand, and Pula only is discouraged. CZR calls for policy consistency on currency to safeguard business and consumers.

“The retail and wholesale sector pledges to continue contributing towards economic development and CZR commends all players that consistently abide by the law in their operations,” said Mutashu.