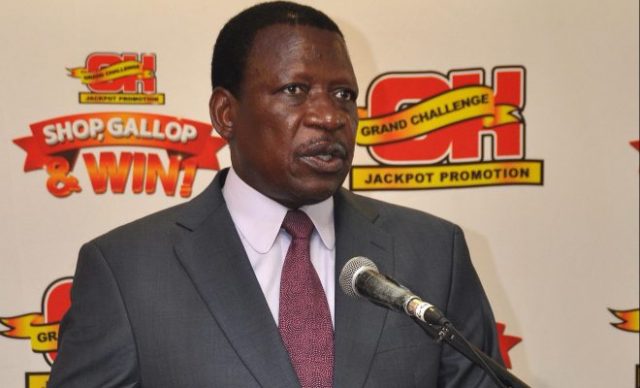 While the World Bank (WB) revealed that the currently spiraling price increases in Zimbabwe will have a negative impact on the country’s growth prospects, OK Zimbabwe has negotiated with some suppliers to give discount to some of their products during the OK Grand challenge promotion, an official has said.

In an interview with Great Dyke News 24 on the sidelines of the OK Grand Challenge official launch today, the group Chief Executive Officer Alex Siyavora admitted that the group is feeling some pressure due to high inflation levels within the country.

“The monetary policy in as far as it is set to align with the fiscal policy, we believe the idea is to strengthen our own currency.

“Strengthening our own currency will mean a slowdown in inflation, which will mean more money in the customer’s pocket

“So we are feeling a bit of pressure now because staring from 2018, the inflation levels have been going up and that impacts the customer’s basket.

“While we are through that period now, we expect that as the policy measures take route down the line, currency becoming more and more stable we should see volumes going up again, said Siyavora.

He added that the concept of the grand challenge is for the suppliers to discount their prices for volume.

“The concept of the grand challenge is for the suppliers to discount their prices for volume but they have got challenges as well because of the price of currency.

“They might increase their prices but they will continue to give a discount so were we normally have prices going up, they will give a discount through the promotion because they are trying to encourage volumes because the whole argument is volume, efficiency and market share,” he said.

Siyavora also said “Our customers have called for new people in the prizes and we therefor thrown in cash prizes to be won while maintaining the car as a grand prize”.

Meanwhile this year’s OK Grand Challenge Promotion is worth 3million ZWL and there are 245 in-store cash prizes with 5 winners per week at each branch country wide,28 X 50000ZWL cash prizes on Race Day and the Grand Prize of a Nissan Navara.