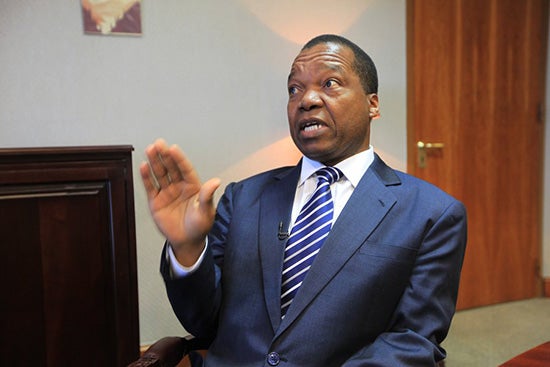 The mining sector in Zimbabwe now accounts for over fifty percent of 4.8 billion United States dollars receipted between January to September 2020 .

Speaking at the launch of the Chamber of Mines mining sector 2020 survey held in the capital today , the Reserve Bank governor Dr. John Mangudya said the mining sector has significantly grown and has brought 2.4 billion United States Dollars in the country.

However Dr Mangudya bemoaned the poor level of compliance by the small scale mining sector which he said was now saddled with a lot of smuggling.

This statement follows the arrest of the Zimbabwe Miners Federation (ZMF) president
at Robert Gabriel Mugabe International Airport where she was found with 6kg of the precious mineral destined for Dubai.

Rushwaya did not have supporting documents for the export of the gold, leading to her arrest.

Speaking at the same occasion, Minister of Mines and Mining Development Wintson Chitando challenged miners to take advantage of the increasing commodity prices which has seen the the prices firming up.