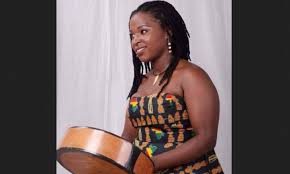 She succumbed to a heart problem and will be buried tomorrow at Westband cemetery in Norton, Harare.

For many artists Nandi’s death was heart breaking to those who worked with her during her career.

“I once shared stage with her she was a very humble and calm character, a good vocalist indeed. She has left a big gap in our industry so irreplaceable, ” says Kobiri Chigochamazizi.

Willis Wattaffi Afrika Qaya roots music described Nandi as a hard-working artiste who had no boundary and was bound to go far in her career.

Nandi was born a musician and has ventured her talent into mbira music. She recorded songs Nzira Tande and lmbokodo which are about the emancipation of women and advocating for women against violence.

Notably, Nandi is one of the very few musicians who played mbira music in the Ndebele/Zulu languages. Mbira music is largely associated with the Shona language. Her ambition was to become one of Africa’s greatest female mbira players/musicians.