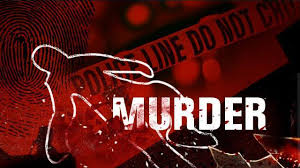 A 31-year-old man from Gweru’s Mtapa suburb has been sentenced to 19 years in jail for attempted murder and indecent assault after he tried to kill his girlfriend.

The accused Bruce Siwela pleaded guilty to both counts when he appeared before Gweru Regional Magistrate Mrs Phathekile Msipha.

The state presented that on 18 September last year, Siwela visited his girlfriend to inquire why she was no longer interested in their relationship. An argument arose and, in the process, Siwela attempted to rape his girlfriend, before hitting her with a bottle several times. He then took a knife and stabbed her five times before she was rescued by her brother with the help of neighbours.

In an attempt to save himself from serving time behind bars, Siwela shocked the court by proposing to his girlfriend from the dock, and she agreed to the proposal.

Siwela will however, serve 14 years after the court suspended five years on condition of good behaviour.