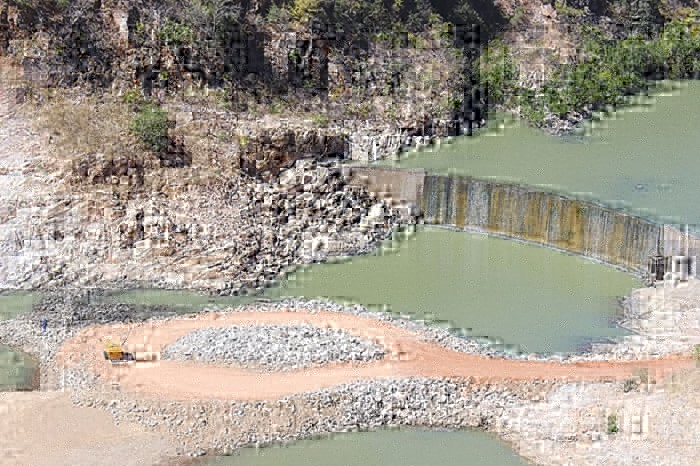 Bulawayo residents will benefit from a drinking water project which is being spearheaded by the government.

Bulawayo has limited running water supplies after problems at two reservoirs, compounded by ailing infrastructure resulting in an outbreak of waterborne diseases to residents of the country’s second largest city.

650,000 residents have been limited to using tap water once a week since May as storage capacity reduced by 26%.

In an interview with Great Dyke News 24, Minister of Lands, Agriculture, Water and Rural Resettlement Dr. Anxious Masuka said he will be visiting Bulawayo today to assess the progress that has been made so far.

“We are way below the requirement. So, my visit is to familiarise myself with the very good progress that has been made but which is insufficient to meet the needs of that community,” he said.

He added that he will also visit the Gwai-Shangani project which has been long drawn.

The dam which is located in Hwange District in Matabeleland North, is set to benefit the districts of Bulawayo, Binga, Lupane as well as communities staying along the proposed pipeline, which would be supplying water to Bulawayo.

“We need to do more in terms of long-term water security and therefore the visit will in tell discussing with stakeholders within Bulawayo but again visiting the Gwai-Shangani project which has been long drawn.

“But the expectation is with the central government getting involved that would expedite it to an extent that we think it might be completed by December or 2021 or before that.

“There is something that is exciting and that is the massive boost for Bulawayo water supply and of cause with it, we will be able to create a green belt that will ensure that Bulawayo seizes to import food from other provinces and certainly be able to supply from that region.

“We should stabilize supply and ensure that prices are reasonable so that’s the reason of the visit,” he said.

ZRP Confirms Arrest Of 4 More Suspects In Connection With Rushwaya’s...