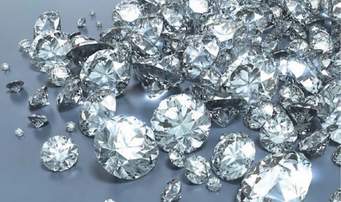 Zimbabwe Consolidated Diamond Company (ZCDC) Security Manager for Chiadzwa Mine, Benjamin Chinyanga has resigned just a day before the commencement of his disciplinary hearing.

The resignation follows a spate of security breaches at the mine .

Chinyanga who is understood to have been on suspension since the 20th of March this year, is said to have tendered his letter on 16 April 2019.

Contacted for a comment by Great Dyke New24, ZCDC spokesperson Sugar Chagonda could neither deny nor confirm the resignation of Chinyanga saying the company is set to curb all diamond leakages in line with their zero tolerance to corruption.

“The state diamond miner will leave no stone unturned when it comes to curbing all forms of leakages and pilferage of the precious stones in line with our zero tolerance to corruption policy and our quest to become a world class diamond producer.”

The state-owned company in January fired 80 of its employees, many of them suspected of involvement in diamond ore looting at Chiadzwa.

A breach of security occurred in December 2018 followed by another one in January 2019 with the latest having been recorded in March resulting in the arrest and prosecution of four people who are before the courts.